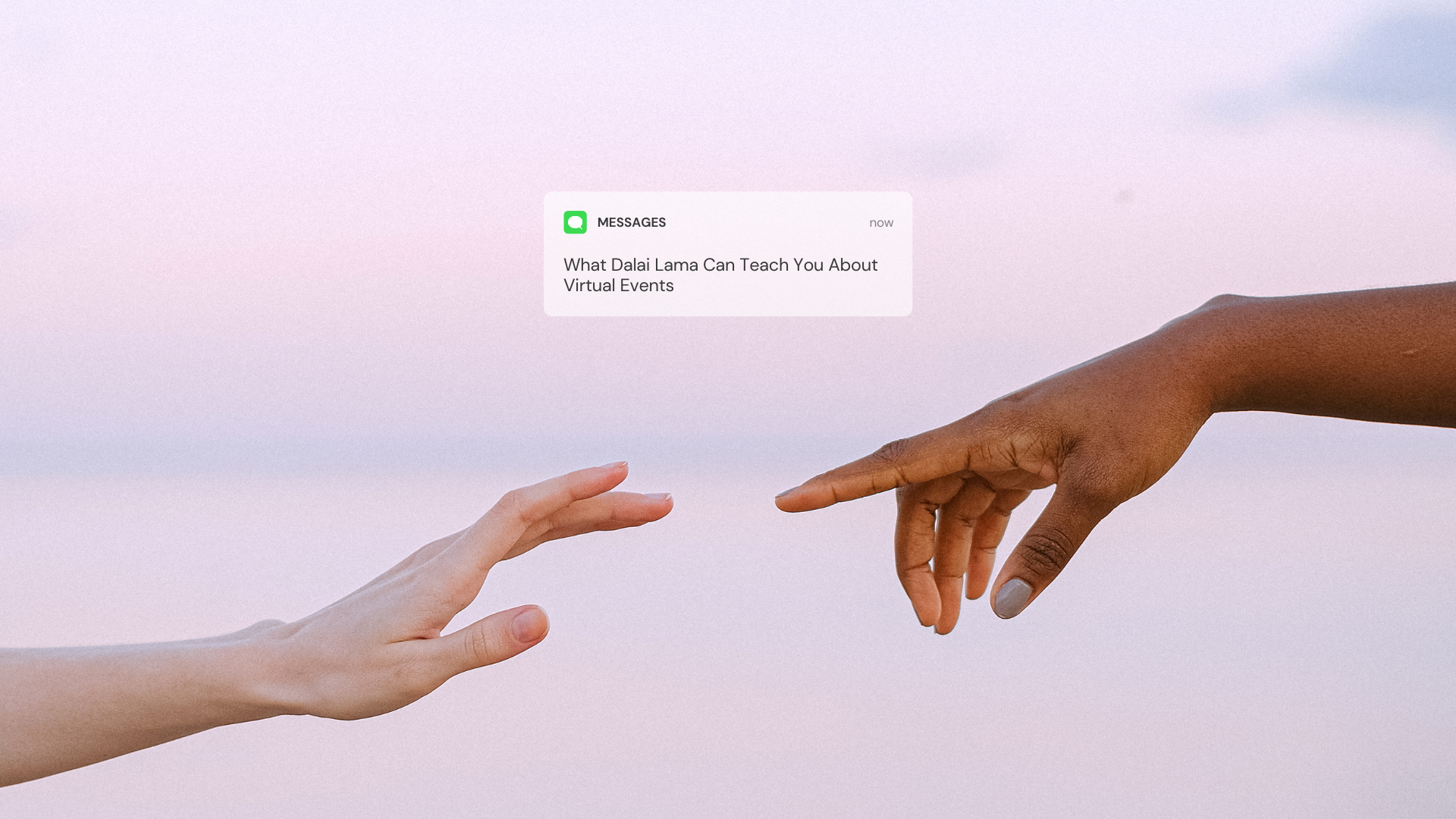 In this era of stress, civil unrest, environmental disasters, and pandemic, it is time to reinvent the personal and public self. Not just heath but spirituality and promoting sustainable living. Spiritual and religious scholars worldwide have been tapped to impart knowledge about the science of well-being to help people manage their stress and emotional health during hardship. This article discusses the important steps Dalai Lama took to promote sustainability and spirituality through a virtual conference. And how it contributes to the betterment of society.

Continuing this teaching method, the spiritual leader started conducting the virtual conference amid this deadly pandemic to assist his followers and people worldwide. While every country is placed under strict regulations, and public gatherings are restricted along with travel restrictions. This virtual conference and online teachings stood as a guiding light and motivation in these difficult times.

The conferences are live broadcasted in Tibetan, English, Chinese, Hindi, Japanese, Mongolian, Russian, Spanish, French, Vietnamese, German, Portuguese, and Italian. These Virtual Events are streamed on the official website’s Facebook page and the link to the online virtual event was shared via emails to the subscribed members. Although thousands of people attended this conference live, English speakers/viewers were the greatest numbers on one stream.

During this pandemic, Dalai lama teachings and the virtual conference helped many people worldwide get over their negative emotions and impacts. The lessons and teachings helped people get out of these hard times. The individuals are advised to use their time in this lockdown to acquire productive activities and practice meditation to pass this difficult time in isolation. Therefore, it is beneficial in managing anxiety and stress.

A 2-day virtual conference teaching also began by the spiritual leader Dalai Lama. A 2 hours virtual conference covered the teachings of Nagarjuna’s precious garlands. Similarly, on the request from multiple groups and individuals worldwide, a series of Virtual Events and teachings were also scheduled. A general advice/teaching to overcome these hard and challenging times has been requested from the Dalai lama. The virtual conference was open to the general public, streamed on the Official Facebook pages, and accessible on Dalai Lama.

The Nobel Laureate Dalai Lama continuing the virtual conference in 2021, emphasized the connection between Buddhism and quantum physics, highlighting the ancient and historical bond between the Indian and Tibetan regions through the Varanasi. In the first virtual conference of 2021, the Dalai Lama asserted on the combination of science and Buddhist knowledge. He urged to ally to work hand in hand to better society and humanity.

The Tibetan language and restoration have enabled us to preserve the Buddhist knowledge from ancient India. Still, the people worldwide can utilize and attend the conference in their native language and benefit from it.

Even in this age and shifting from in-person meetings to Virtual Events was a huge shift in Buddhist teaching and was a bit uneasy initially. Still, the 85 years old, Dalai Lama was adamant about providing knowledge and sharing the lectures with people worldwide. Dalai Lama said that every religion in the world practices and motivates others to practice harmony and oneness and to realize the welfare of others.

These problems and issues faced by us can be eradicated and minimized by working together, and as a community, we can strive together. Based on these learnings, a proper education channel has also been introduced, and the virtual conference schedule is also floated for the year.

A series of Virtual Events each year in Metro Vancouver, Canada, Heart-Mind Virtual conference puts the leaders, scientists, educational professionals, and experts in their fields in children’s development and leaning forwards. Online workshops, activities, and speaker sessions are organized, practical strategies are shared. Activities that focus on the Well-being of parents, educators, and social workers’ health are put forward to reflect in the upbringing and personality shaping of our children and youth. This Virtual Conference is organized under the supervision of the Dalai Lama Center.

The basic aim of the Virtual conference is to equip the primary caretakers with skills and strategies for the children, which will help them in the growth and upbringing of the children and themselves. These tools are derived from religious knowledge and supported by scientific knowledge and evidence. They can be implied at any place, either be classrooms or home teaching or within the community centers, in short, an environment that supports young children’s learning. It’s about tapping into our resilience and that of our communities to reimagine a better future — one that’s kinder, wiser, and more compassionate.

On the other hand, these Virtual Events and online teaching have not been very welcomed by the former members and religious figures of the Tibetan Parliament. The members already in exile maintained that the practices and spiritual empowerment tend to be transferred on Virtual Events and long-distance transmissions.

However, the Dalai Lama has long been described as a bridge between science and religion and has always favored adapting scientific measures and modernity to spread Buddhist knowledge and mutually distributed and benefited exchanges.

Dryfta is the all-inclusive event management platform for universities & nonprofits.

Feature your Event for $5

The 31st Conference of the European Second Language Association

Top Ten Events brings you the top 10 lists of everything related to events. All rights reserved.